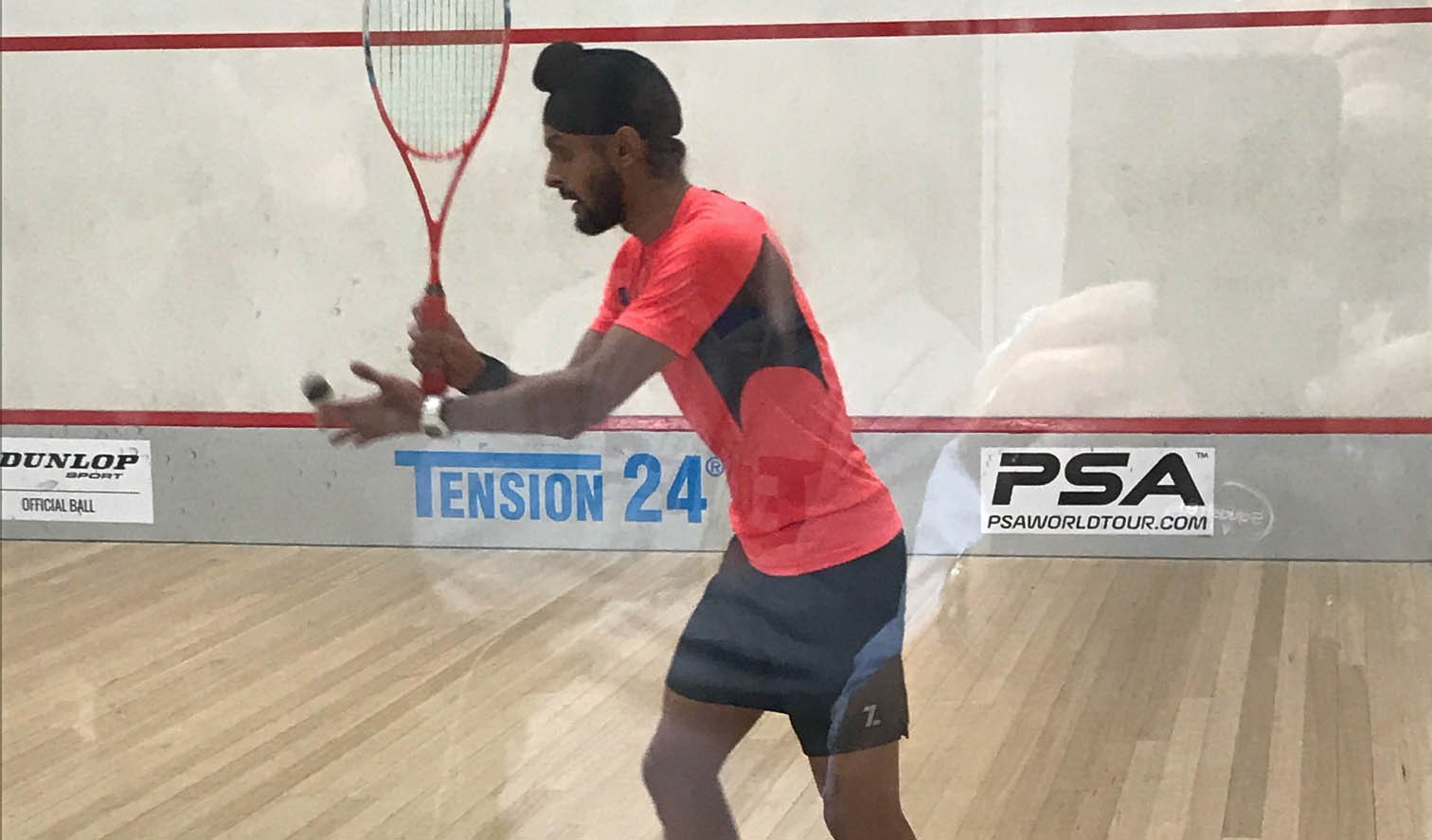 Four different nations will be represented in the respective Men’s and Women’s Open finals at the 2017 Victorian Open Squash Championships on Sunday afternoon (AEST).

After a hard fought quarter-final win over Frenchman Victor Crouin which lasted a mammoth 84 minutes, Hedrick had to endure yet another epic four-game battle against New South Welshman Joshua Larkin.

Hedrick made the early break away to take the first game, before fourth seed Larkin returned fire to level the match.

With the match on a knife-edge and a final spot on the line, both players exhibited some exceptional squash and had their chances to take control of the match. But as is so often the case with Hedrick, the Victorian was able to outlast his opponent and ground his way to victory after 71 minutes - 11-4, 9-11, 12-10, 11-6.

The semi-final win means Hedrick will have his second crack at securing his home PSA event in as many years after having to retire hurt in the 2016 Victorian Open Men’s final against Englishman, Joe Lee.

He will have his work cut out for him however when he meets Sandhu, who enters the final in red-hot form having not dropped a game in the tournament so far.

The Indian reversed the result from his semi-final exit in the Victorian Open last year to power to victory over Dutchman Piedro Schweertman - 11-5, 11-8, 11-8.

The Men’s Open final between Hedrick and Sandhu will take place on Sunday 3:45pm (AEST).

Both enter the decider on the back of straight game wins, with top seed Tsz-Ling proving too strong for countrywoman, Ho Tze-Lok.

Landers-Murphy on the other hand booked her ticket to the final with a win over Victorian, Sarah Cardwell.

Landers-Murphy may have had a slow start to the tournament, but she showed within her 27-minute encounter with Cardwell that she has found her stride at precisely the right time, knocking out the local hope 11-4, 12-10, 11-4.

The Women’s Open final between Tsz-Ling and Landers-Murphy will take place on Sunday 3:00pm (AEST) before the Men’s final.

Don’t forget, the finals of the 2017 Victorian Open will be streamed LIVE and FREE thanks to My Sport Live.

If you can't get to the Mulgrave Country Club to view the action, head to the Live Stream section of the Squash & Racquetball Victoria website, where you can tune into the coverage from 3:00pm or on demand after the event.