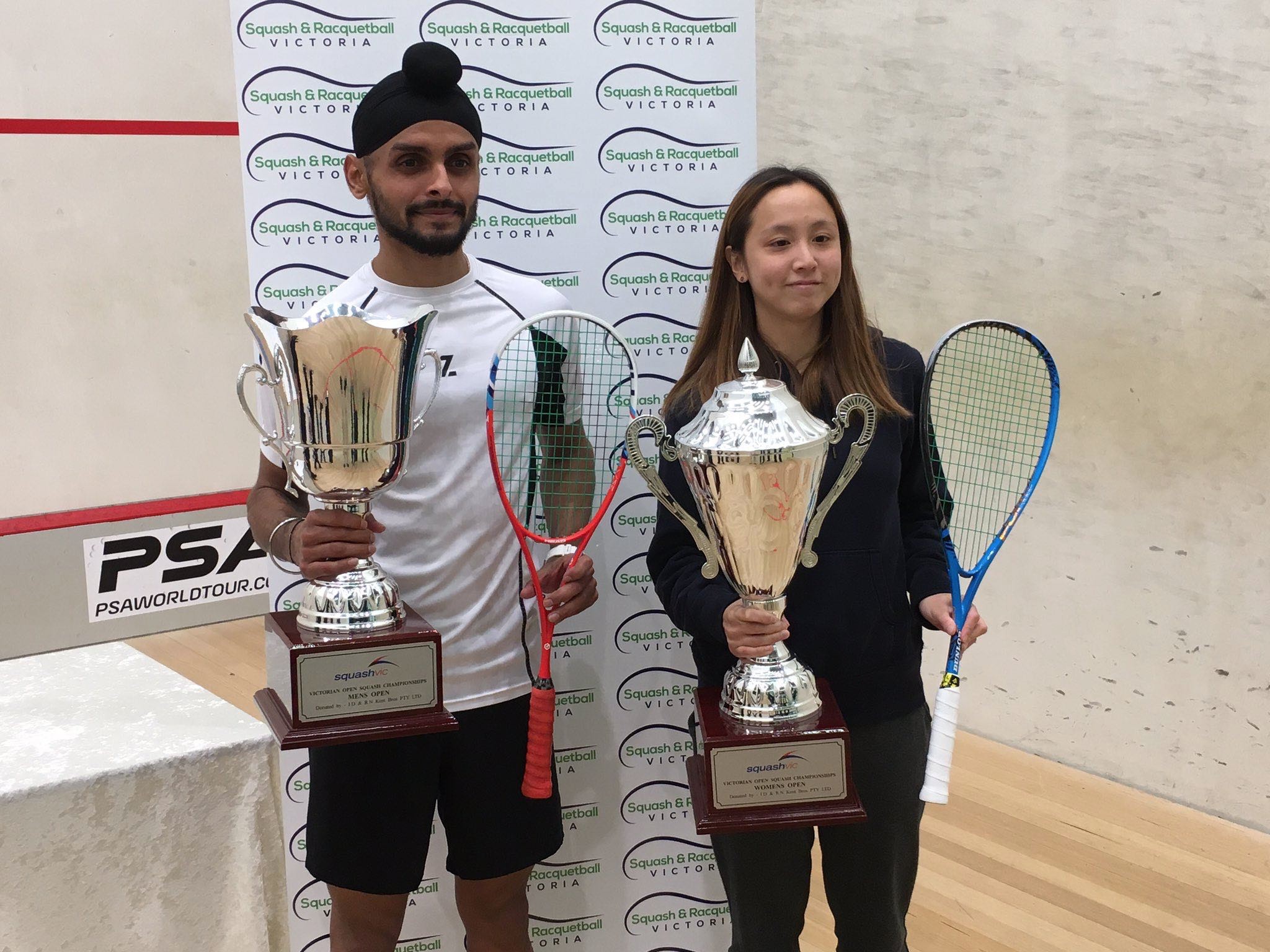 For the second year in succession and just the third time in the event’s illustrious history, the winners of both open titles at the Victorian Open have been international players.

In the Women’s PSA W10 final on Sunday afternoon (AEST), Hong Kong’s Tsz-Ling showed every bit of her undoubted class in a straight games victory over fourth seed, Amanda Landers-Murphy.

Entering the match, Tsz-Ling was searching for her first PSA World Tour victory since February 2016, while Landers-Murphy was on the hunt for her third for 2017 and fourth successive tournament victory at an Australian event.

The Women’s top seed had a slow start to the match, with Landers-Murphy taking the early initiative to lead 9-4 in the first game. But Tsz-Ling eventually found her groove, and was able to grind herself back into the game and eventually take out the first 17-15.

With the first game under her belt, the world number 34 was in no mood to give up the ascendancy and let the New Zealander back in to the match. Tsz-Ling breezed through the next two games to take out her maiden Victorian Open title 17-15, 11-6, 11-5 in 32 minutes.

You can view the full replay of the 2017 Victorian Open Women’s final here.

India’s Sandhu on the other hand was aiming for his fourth successive PSA World Tour title following wins at the Malaysian Tour, Makati Open and South Australian Open in the last two months.

He had a big task ahead of him however in the Men’s PSA M10 final, coming up against hometown hero and top seed Rex Hedrick.

In what was expected to be a survival of the fittest, the first game didn’t disappoint with long, drawn-out rallies the order of the contest from the outset.

After Hedrick made the initial break away and established a four-point lead early in the game, Sandhu fought back and even looked poised to take the game at one stage. A contentious stroke call that went in the favour of Hedrick at 11-12 clearly unsettled Sandhu, with Hedrick pouncing on the third seed's lack of composure to win the next three points and subsequently the game.

From that point onwards however, Sandhu stepped up his intensity and became far more aggressive in his stroke play around the court. Hedrick, as always, defended admirably and made the Indian work for every point, but ultimately 155 minutes of court time over the previous two nights began to take their toll.

The local crowd on-hand did their best to keep their hometown player engaged in the contest, but with Sandhu dictating the majority of points and running Hedrick ragged, the Indian eventually made it four PSA Tour wins on the trot with a 12-14, 11-3, 11-4, 11-7 victory after 71 minutes.

You can view the full replay of the 2017 Victorian Open Men’s final here.

Along with the PSA World Tour events, the Mulgrave Country Club also hosted a number of graded events for local players all around the state at the 2017 Victorian Open over the weekend.

You can see the results from the 2017 graded events here, or view each final here.