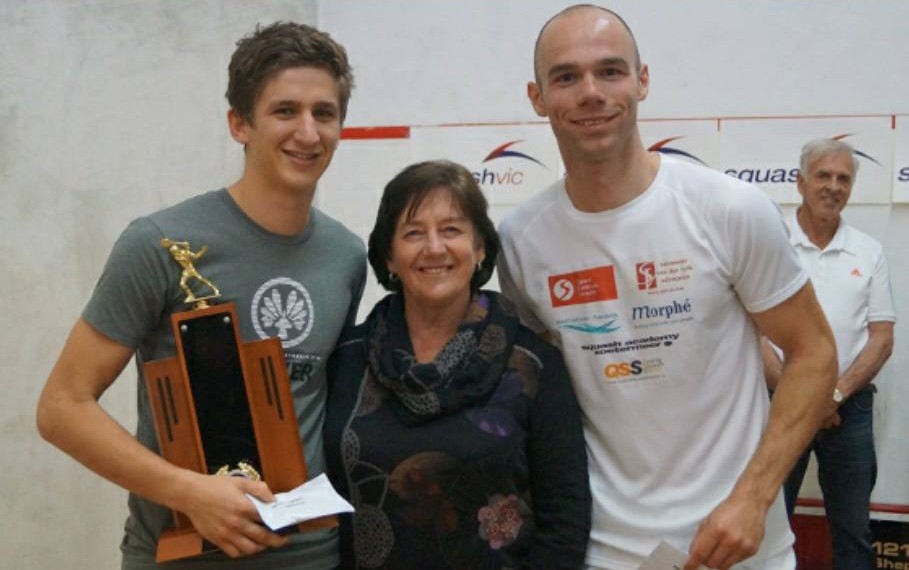 Victorian Open Men’s number two seed Piedro Schweertman believes he will enter next week’s tournament as an improved player since his last visit to Australian shores.

Schweertman was last in Australia in 2014, where he enjoyed a successful campaign that included winning the New South Wales Open and runner-up finishes at the Shepparton International and North Coast Open.

Hailing from Hoofddorp in the Netherlands, the 33-year-old says he comes into this year’s Men’s Open tournament as a stronger and wiser player as he looks to secure his first PSA World Tour win for 2017.

“That time (2014) I played three tournaments back-to-back in Australia and got to the final in two and won one also,” the world number 71 said.

“The last month and a half I’ve been doing a lot of physical work (as preparation), and the closer it has got to the tournament it has been more gameplay.

“Every player tries to improve his or her game and so do I. I’ve also got a bit older and hopefully smarter on court.”

Like all international competitors taking part in the Victorian Open, Schweertman will also have to factor in travel as a constraint on his preparation for the tournament.

When asked about how much travel affects him leading into an event, the veteran said he was confident in his ability to prepare well.

“The training is the same, the only difference is I will travel more and earlier. I give myself a couple of days extra to recover and get used to the conditions,” Schweertman explained.

“However if I play in Europe, I only need to come a day before most tournaments because they are all close to each other.”

Even with experience and the tag as one of the favourites for the event on his side, the Dutchman is still keeping a level head coming into this tournament.

“Every tournament is strong with players who are good and also train hard,” Schweertman said.

“I’ll keep doing the best I can and hopefully that results in a win. I’ll focus on one match at a time.”

Image above: Dutchman Piedro Schweertman (right) will be aiming to go one better than his runner-up result at the 2014 Shepparton International (pictured here at the event with winner Matthew Hopkin and the Greater Shepparton City Council Mayor, Cr. Jenny Houlihan) at next week's Victorian Open (Image Credit: Piedro Schweertman/Facebook)